Home » news » ATOM Travel of Mauritius celebrates its 55 anniversary in the presence of Deputy Prime Minister Xavier Luc Duval of Mauritius and Minister Alain St.Ange of the Seychelles

ATOM Travel of Mauritius celebrates its 55 anniversary in the presence of Deputy Prime Minister Xavier Luc Duval of Mauritius and Minister Alain St.Ange of the Seychelles 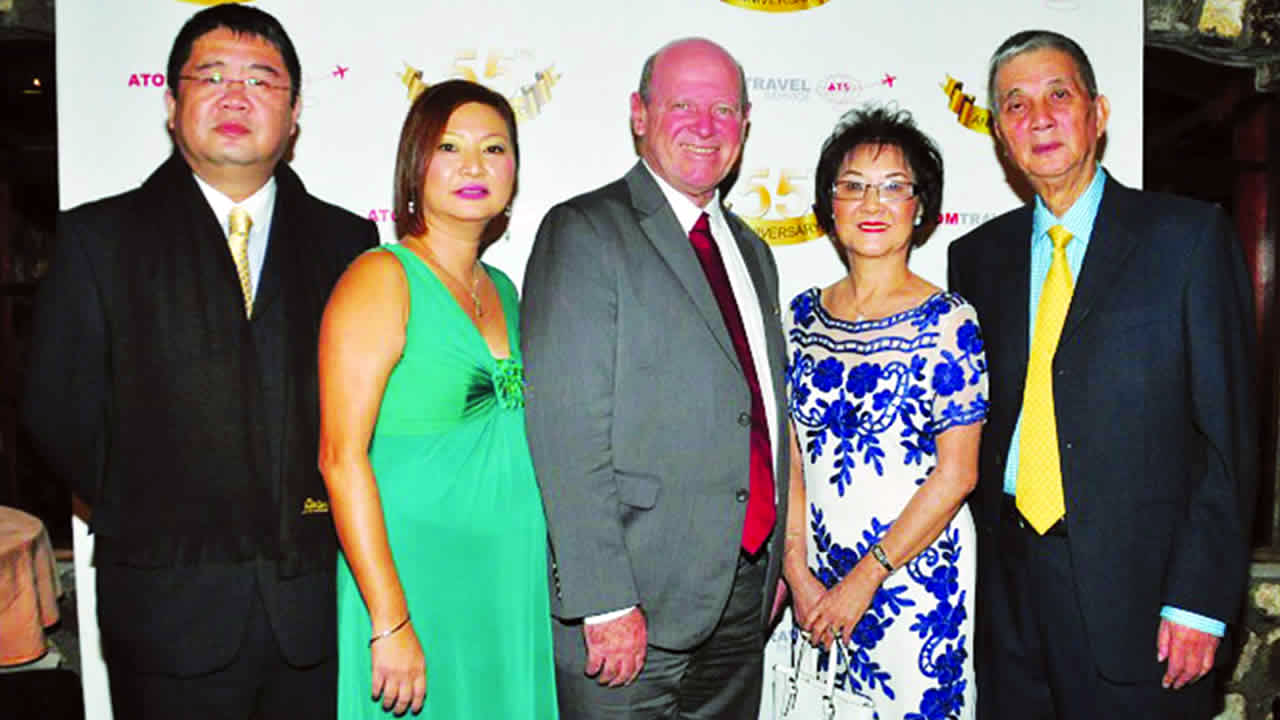 ATOM Travel of Mauritius started in a small garage located on Jummah Mosque Road at Port Louis. Now 55 years later ATOM Travel has grown beyond expectation and finds itself since 2014 listed among the Top 150 of the most profitable enterprises of Mauritius. Last Friday night was dedicated to the 55th Anniversary dinner and celebration where Caroline Chen, the Director of the Agency said that she took over the business in 1992 after her studies and that together with her brother Fred they worked alongside their father Charles NG to make ATOM Travel what it is today. “It is today a profitable Agency that has enabled the Mauritians to discover the world” she said at the celebration evening at Domaine Anna.

It is ATOM Travel that is credited to have helped open the Chinese tourism market of Mauritius and attending the 55 anniversary celebrations were Mr Xavier Luc Duval, the Deputy Prime Minister of Mauritius with responsibility also for Tourism and Minister Alain St.Ange, the Seychelles Minister of Tourism and Culture. The Chinese Ambassador to Mauritius was also present alongside a large number of the business community of Mauritius.

2016-07-13
mot3
Previous: Tourism in the Vanilla islands discussed by Mauritius and Seychelles with CEO of the Regional Organisation at Port Louis meeting
Next: Seychelles Tourism Board keep its travel agents in Reunion Island abreast of the destination and its products