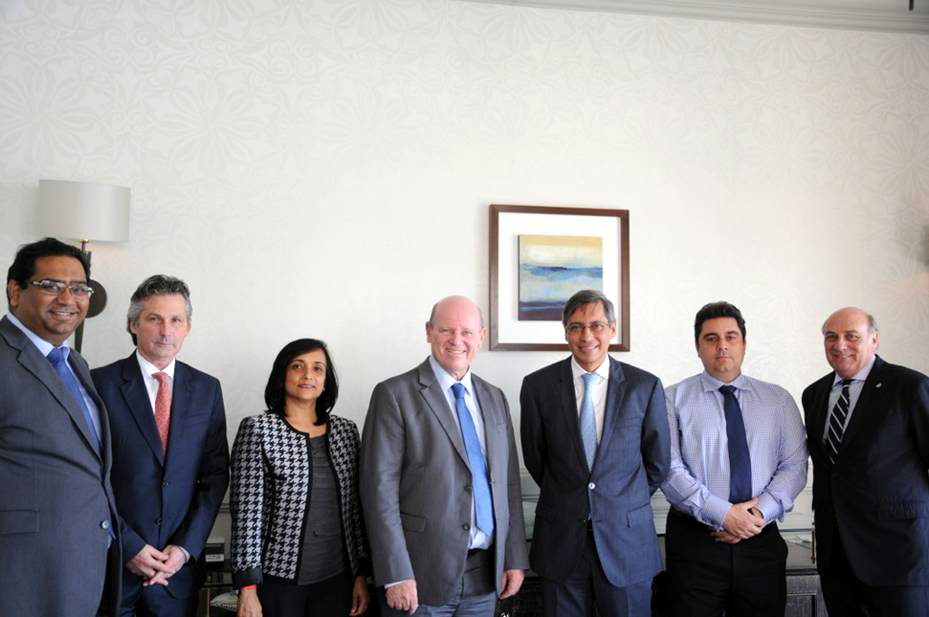 Xavier Luc Duval, the Deputy Prime Minister of Mauritius and also Tourism Minister  and Alain St.Ange, the Seychelles Minister responsible for Tourism and Culture on Friday afternoon met with Pascal Viroleau, the CEO of the Indian Ocean Vanilla Islands to make a bilan of the successes and challenges of the regional organisation at a meeting in Port Louis.

Also accompanying the Mauritian Deputy Prime Minister at this meeting were Mrs C. Rye Seewooruthum, the Permanent Secretary in the Ministry of Tourism and External Communications of Mauritius, Jean Maigrot, the Senior Advisor to the Deputy Prime Minister, Arnaud Martin, the Chairman of the Mauritius Tourism Promotion Authority (MTPA) and Kevin Ramkaloan, the Director the the MTPA.

Minister Alain St.Ange of the Seychelles who was on a two day working mission in Mauritius said to the press that the meeting was an important as it gave the two member islands a change to be updated by the CEO of the Regional Organisation what had been done and what was on the cards at the half way mark of 2016.

“The time for the 2016 Ministerial Meeting for the Vanilla Islands is now due and we offered that this coming meeting be held in Seychelles. This is due early August. We table and discussed many new strategies which should help consolidate our respective tourism industries as we grown the tourism cake of the region and these will now be discussed at the next ministerial meeting” said Minister St.Ange who commended the Mauritius Deputy Prime Minister for all that has been achieved during his year as President of the Indian Ocean Vanilla Islands.

The tourism representatives of Mauritius and the Seychelles both remain committed to growing the cruise ship business in the region and said that the islands of the Indian Ocean complement each other and are not in competition agains each other.

2016-07-13
mot3
Previous: Albert Durand of Praslin continues to produce ‘Made in Seychelles’ souvenir products
Next: ATOM Travel of Mauritius celebrates its 55 anniversary in the presence of Deputy Prime Minister Xavier Luc Duval of Mauritius and Minister Alain St.Ange of the Seychelles